Wheel of Fortune, Plants vs. Zombies, Return of the Sphinx in True 3D 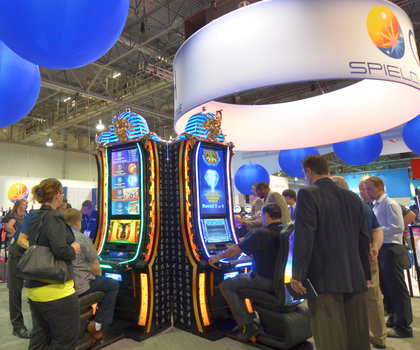 Sphinx 3D with SeeFront 3D display to debut in Bavaria

The first Sphinx 3D™ slot machines will be introduced in Bavaria. Slot machine manufacturer GTECH announced that the Spielbanken Bayern group in Germany is the first customer at international trade fair ICE in London to sign a deal for several Sphinx 3D machines, which will be placed in each of their nine casinos.

In a press release from March 31, 2014 GTECH quotes Josef Müller, Vice President Staatliche Lotterieverwaltung Bayern: “Sphinx 3D is an amazing product and the True3D technology is unbelievable. It did not take us long to decide that this is a product we just have to offer our players. We cannot wait for the delivery when Sphinx 3D will be installed in all of our nine Spielbanken Bayern locations.”